AA Gill in Sunday Times: How the middle class use the 'patronage loop' of internships and work experience to get their children jobs in journalism 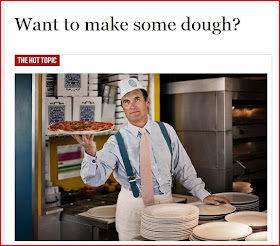 AA Gill is scathing in the Sunday Times Magazine today about how the well connected middle classes use the "patronage loop" to get their children, and those of their friends and contacts, jobs in journalism, television and publishing.

Gill writes: "The Job is arranged through an elaborate old-boys’ network of work experience and internship that has little to do with academic success. It’s unpaid, or barely paid, and getting your children into the right niches is as competitive and rigorous as it was getting them into the right nursery. Just another step in the relentless game of middle-class one-upmanship.

"The names of the runners on film sets or the assistants in TV companies read like the sons and daughters of a Who’s Who in the arts world. Only the very affluent urban middle class can afford to support children in jobs that don’t pay a living wage for years at a time.

"In journalism or TV or publishing, you rarely hear a regional accent. The names of the runners on film sets or the assistants in TV companies read like the sons and daughters of a Who’s Who in the entertainment and arts world.

"Getting a child into a glossy magazine for a month to sort out the fashion cupboard is negotiated as part of a bribe for a celebrity who might prove to be useful later on, or as a mutual favour: you take my Benedict, I’ll have your Beatrice."

Gill says: "Every journalist who has a byline will have been called by acquaintances to take on some bright, keen youngster."

Gill, who didn't go to university but started his working life in Pizza Express, also claims: "A university degree will still leave the deserving provincial working and middle class as far outside the patronage loop as they ever were, just now it costs them a lot more, and takes a lot longer."